Forty years after the recycling symbol was introduced, just 14 % of the 78 million tons of plastic packaging produced each year worldwide is collected for recycling while 33% ends up littering landscapes and the ocean, according to a report prepared by the United Kingdom’s Ellen MacArthur Foundation and presented at the World Economic Forum last January.

There are over 150 million metric tons of plastics in our oceans. Each year, an additional 8 million are added – the equivalent of a truckload every minute. At this rate, by 2050 there will be more plastic than fish in our oceans by weight, the Ellen MacArthur Foundation estimates.

“Obviously, if you look at the numbers the only conclusion you can draw is that existing approaches have not scaled up to the extent required,” said Rob Opsomer, the head of systemic initiatives at the foundation. “We need to get the biggest producers of the materials, consumer brands and the cities who collect, sort and recycle together to establish collaborations across the value chain.” 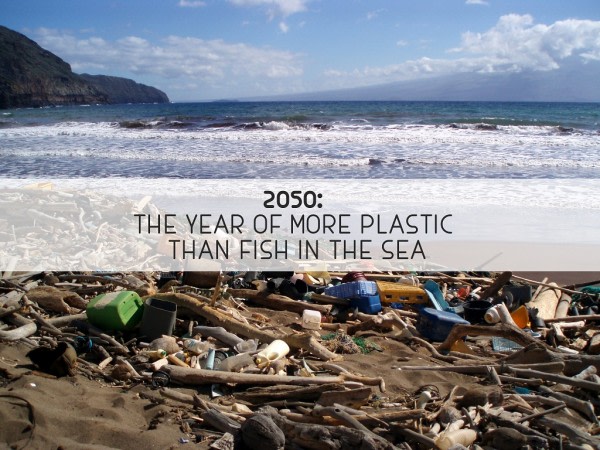 The foundation recently awarded prizes totalling $1 million to entrepreneurs who devised design solutions for some of the most common forms of plastic that are used once and discarded. Winning designs, announced at the Our Ocean Conference in Malta on October 5, included a container for small servings of condiments, such as soy sauce and ketchup, that decays without composting and is edible; packaging made of seaweed; and a reusable coffee-cup ecosystem aimed at replacing the 100 billion single-use cups and lids consumed worldwide annually.

The prize is part of the Ellen MacArthur Foundation’s New Plastics Economy initiative. It’s one step toward what it calls a “circular economy”, which “aims to keep products, components and materials at their highest utility and value at all times,” according to the foundation’s website. “We need to change the way we make and use plastic so that it doesn’t become waste in the first place and it can be reused and recycled over and over again,” Opsomer said. 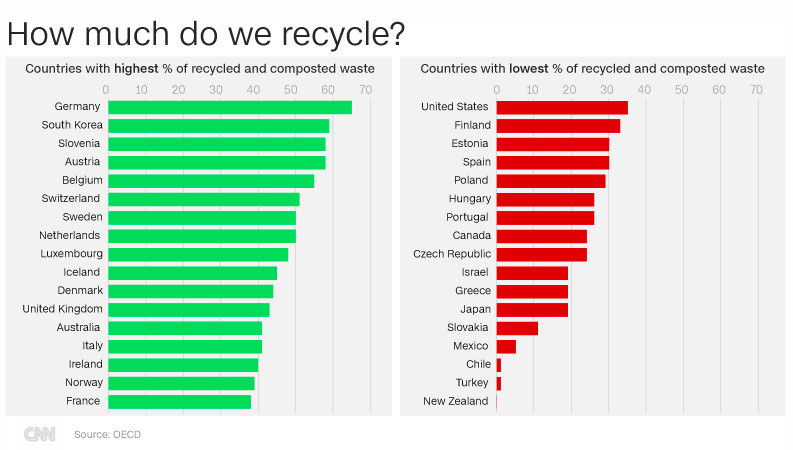 After the positive response to the report from government officials and business executives at the World Economic Forum, Opsomer began working with companies and municipalities to reduce the amount of plastic produced and to make it easier for plastics to be recycled. The report estimated that plastic packaging worth between $80 billion and $120 billion is thrown away each year.

“Since I started these conversations almost two years ago, there has been an absolute step change in the level of interest and ambition around this topic,” Opsomer said. “At the Our Ocean conference, six companies, including PepsiCo, Coca-Cola and Mars, committed to make all their plastic packaging reusable, recyclable or compostable by 2025.”

Much of the plastic packaging produced today is recyclable, but ends up in the environment anyway. Opsomer stressed the importance of developing a system that supports individual efforts at recycling “to make it easy for people to do the right thing.” 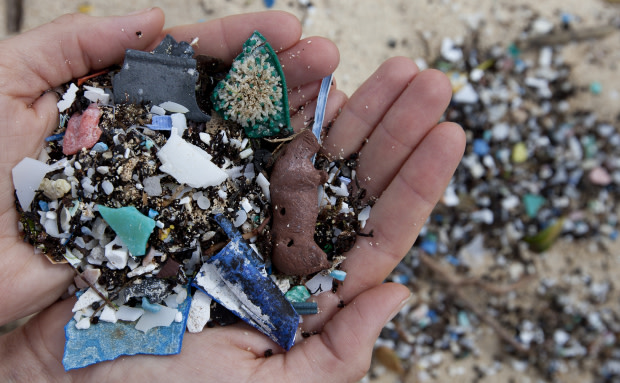 In Asia, where 80% of ocean plastic originates, few facilities for recycling exist outside of major cities in the wealthiest countries. Instead, “waste pickers” collect the types of plastic they can sell – and leave those they can’t. If the companies producing the plastic only make sellable plastic, more of it will be picked up. The global recycling rate for PETbottles, for instance, is 55%, and in places with a return price on bottles, it’s 80–95%.

That means significant change can happen by changing the behavior of a few hundred or thousand companies and governments, rather than billions of plastic consumers. They have an incentive to do so, according to Opsomer. “By converging the many types of plastic that go into packaging, that would save costs with a simpler procurement and supply chain,” he said. “And if you’re a recycler you have the prospect to increase your business.” 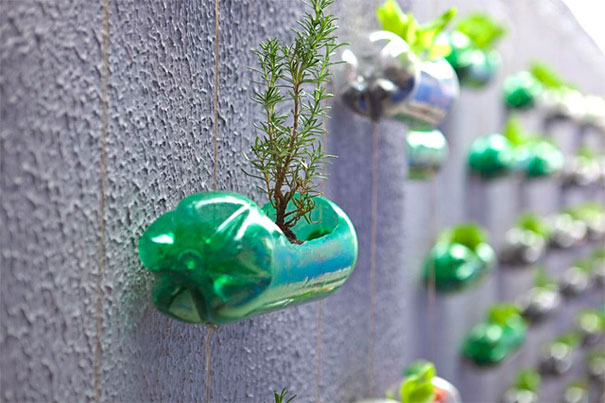 Winners of the New Plastics Economy design challenge include the Chilean social enterprise Algramo, which tackled the problem of tiny plastic bottles (also called sachets) such as those used for shampoo. In much of the developing world, people purchase hygiene products in very small amounts, and the packaging has a low recycling rate.

“In the world today, we use about 100 billion sachets in one year and most of those sachets don’t get recycled and escape into our environment,” Brian Bauer, Algramo’s sustainability manager, said at the Our Ocean conference.

Said Opsomer: “What you could do is rethink the problem of how do you get a small portion of shampoo onto the head of an individual in an emerging market without using this tiny bottle.” 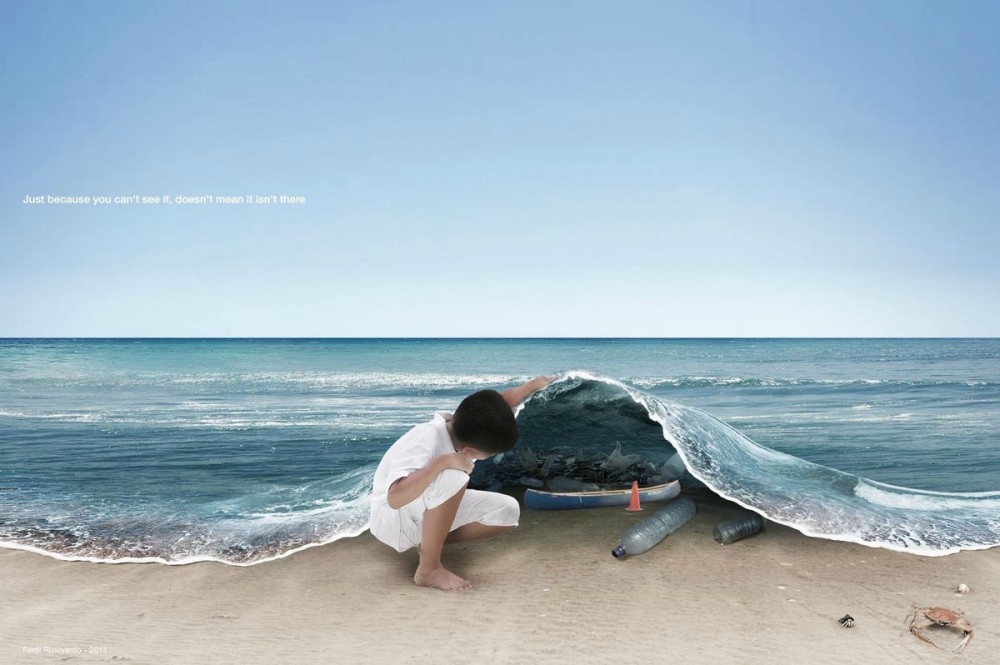 “When you sail around the world on a boat, you have with you everything you need for your survival for three months,” Ellen MacArthur told CNN. “And you realize what finite means, that finite resources are exactly he same on a boat as they are within our global economy – and we’re using them up.”

20 of The Cutest Socks Packaging Designs