Recycling of packaging, especially coffee cups, has been a hot topic for years. And with over 7 million cups used every day in the UK alone, it looks like one that’s not going away any time soon, unless companies and public authorities start to do something about it.

Technology and Product Development Company Cambridge Consultants is the latest private sector player to look at tackling the issue, with the development of a new smart bin unit that is capable of identifying the principal material in a coffee cup, or potentially any plastic or paper packaging, placed in front of its cameras, allowing consumers to dispose of it in the appropriate bin.

The technology doesn’t really look at the product, but rather the material the product is made of. The unit has four bins in it; one is PET, one PP, one compostable, and the last one is ‘other’ for general waste. It identifies the material through image recognition and machine learning, and then guides the consumer to putting it in the right part of the bin. 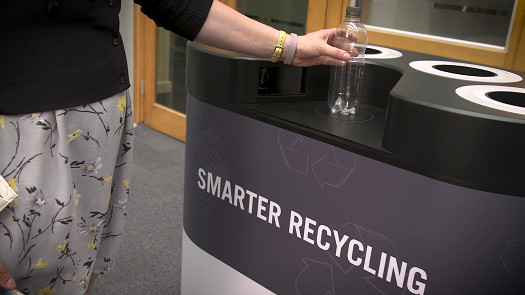 ‘You put the cup in front of the two cameras that are built into the system; it takes two photos and then the LED lighting around the appropriate section of the bin lights up. It segregates the material in the first instance.’ – says Cambridge Consultants Head of Food and Beverage Development Sajith Wimalaratne

But how do the cameras differentiate between the materials?

When you take a photo, there’s a lot of information in there that you can’t see. For different materials the pixels are different, and the material reflects light in a different way. The unit takes all that information and then feeds it into a computer system that is modelled around how the brain works.

‘You have to teach it things. You show the bin what a PET bottle is; it learns that and the next time it sees a PET bottle, it will know it is PET and to light up that part of the bin.’ – says Cambridge Consultantstechnical marketing specialist Dave Gladwin. 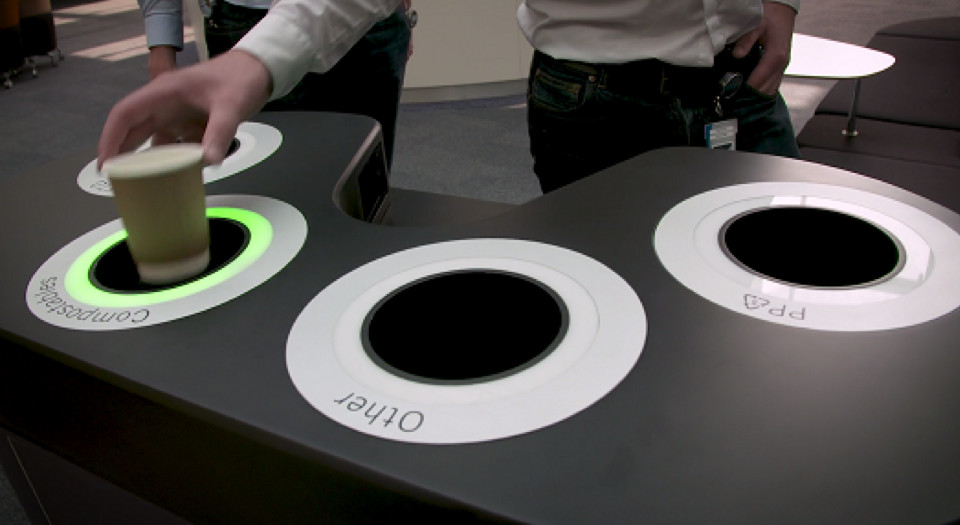 If you’re wondering whether this technology will be able to be produced relatively cheaply, the answer is yes. It indeed uses very cheap off-the-shelf technology and it doesn’t need high-density, high-definition cameras.

It can be replicated and developed further very cheaply. It’s a bin at the end of the day, so you can’t put a lot of cost into it. The most expensive thing on it at the moment is the computer that runs the algorithm, and the Cambridge Consultants experts are now considering to implement it without a computer, and have cloud systems running it. 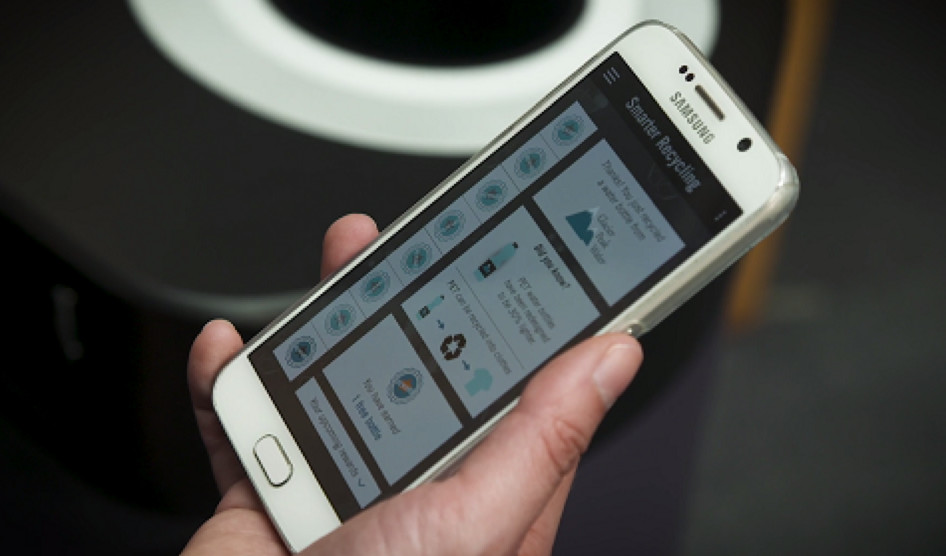 Since the brand is also gathering additional information, such as the journey that that product has actually made and where the consumer is disposing of it, the Technology and Product Development Company is also thinking of developing an app connected to the system.

‘It could be through an app, or just be a tap of the phone on the bin to say that it’s you through low-energy blue-tooth technology. And then once it knows that you’ve disposed of the product correctly it could give a voucher or a donation to a charity. You can also build up a profile for the consumer and give them extra information. You can talk about their reduced carbon footprint, or the amount of trees they’ve saved on the app. You can educate the consumer about the benefits of recycling.’ – says Wimalaratne.

The Future of Eco-Friendly Packaging and Modern Materials

The UK Could Adopt the Scandinavian Plastic Recycling System

A Second Life for Ocean Plastic

Say NO to Plastic for a Greener Future